I wanted to give props to my favorite book of 2011 and I thought it would be a blast to ask others what theirs were too.

Elle Strauss recommends: Kiss Me, I'm Irish by Bella Street and The Clearing by Anne Riley

Both Angela and Magan Vernon recommend: Shine by Lauren Myracle

GP Ching recommends: How to Date an Alien by Magan Vernon, Into the Shadows by Karly Kirkpatrick, and Dream Smashers by Angela Carlie

...and a few more recommended on my Facebook page:

Catalyst by Shelly Crane and Callum & Harper by Fisher Amelie (both releasing on Dec. 24)

I hope everyone takes some time to relax and enjoy a good book over the holidays! :D
Posted by Megg Jensen at 8:01 AM 3 comments:

When I originally commissioned the artwork for Sleepers from Robin Ludwig Design, I was absolutely in love with it. I still am.

But as I prepared to continue with the trilogy, I had a really hard time coming up with concepts for what I wanted the other two covers to be. I had heard about artist PhatPuppy months ago and knew she designed some cover art for Amanda Hocking. I spent hours going through her website, falling in love with multiple pieces of artwork.

The more I combed through her art, the more I realized that there were pieces that embodied exactly what I was looking for. A couple were perfect, in fact. I decided to take the plunge and use her artwork for my next two books. Yet...it wouldn't match Sleepers original cover and I needed this trilogy to make sense visually. It was agonizing for me, but I decided to recover Sleepers. 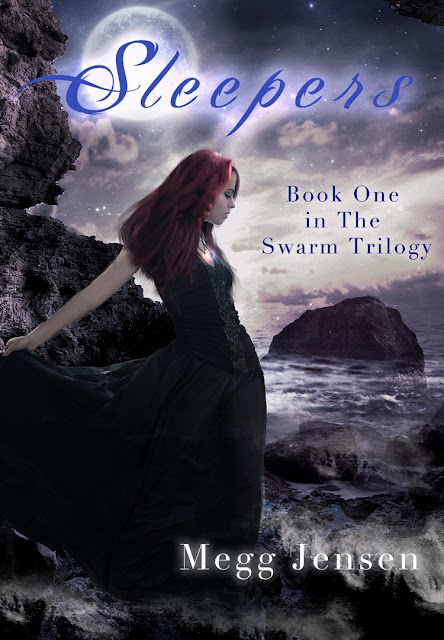 Thank you so much to the 83 bloggers who are revealing Sleepers' new cover on their blogs today. I am eternally grateful to each and every one of you!!!!!! :D
If you haven't read Sleepers yet, I have it priced at only 99 cents!!!! Check it out now! :D

Wow, I can hardly believe this day is here. It's just one in a trail of many to come, but today I'm announcing my stops for Severed's Blog Tour. Yes, I'm that close to release and I'm more than a little freaked out. So instead of dwelling on how this is the beginning of the end of the Cloud Prophet Trilogy, I'm just going to go ahead and stop kvetching. Right? (OMG, totally ignore the tears...please...) 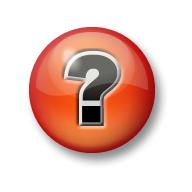 Okay, so I decided to make one of my Severed blog tour stops a Q & A. But I need you guys to ask me the questions! Ask me a question about my personal life or something about writing. Whatever!

Comment below with a question (no more than three per person) and I will choose 5 - 10 to answer on a vlog tour stop. I'll be giving you credit for the question too (either by first name or user id, whatever you leave in the comment).

Oh - and one lucky commenter below will win an e-ARC of Severed!!!!!! (Winner chosen by random.org)

Once upon a time, there was a girl who grew up on a farm and loved nothing more than books. She dreamed of writing a novel and, maybe someday, finding someone who liked it enough to publish it.

But then an amazing thing happened. My friend, Karly Kirkpatrick, turned out to be my fairy hotchickwriter (because if I call her a godmother she will probably rip me in two). She told me about this thing called epublishing and then sprinkled fairy dust on me. It worked. I was hooked! Then, with GP Ching another rockin' author from SCBWI-IL, we formed DarkSide Publishing! The we brought on Angela Carlie and Magan Vernon! Could life get any better?

Yet, to be honest with you, I still felt like I lacked validation. Did I need it? No. But it's nice to get it.

Then one day, I got a message from some random dude named Mark Williams. He told me how much he loved Anathema and asked if I would write a guest post for his blog. It turns out he was half of the outrageously popular Saffina Desforges writing team. They are bestsellers in the UK with their debut novel, Sugar & Spice.

We struck up a friendly relationship and at one point I thanked him for telling me how much he liked Anathema, particularly because he had nothing to gain from it. Mysteriously he kind of fell of the face of the earth and I barely heard from him again. Odd, that. Mark lives in Africa and I thought maybe he'd been eaten by a lion.


A month or so later, I happened to see this post. Go ahead and read it. I had a Sally Field moment: "He likes me, he really likes me!" It was a little embarrassing. Luckily nobody saw it but me. I felt like I finally had some validation and it felt good - I won't lie. I emailed Mark and asked him why he didn't tell me about this before the big announcement. He reminded me of what I'd told him a few months ago, about how his praise meant a lot because he had nothing to gain from it. Mark was afraid I would think he was trying to get a piece of my publishing pie.

I laughed. Really hard. Seriously, how could anyone take this as anything other than a compliment? Not only did a HUGE UK bestselling writer love Anathema, but he took inspiration from it to start a new epublishing business. Um, wow! (He's probably already made a bajillion more dollars, pounds, whatevs, than me anyway...as if Anathema could help him...I'm the one with something to gain here because in the last six months I think I've sold ten books in the UK.)

So, I think you can guess my big news. I've signed on with his new company MWiDP to have my ebook published and promoted in the UK, Germany, and France. I haven't been this excited about publishing or my future in it for a long time. So, thank you to Mark and his partner Saffina Desforges. You guys have made my year. I hope this partnership will be long and fruitful! What I doubly love about this arrangement is that it's so non-traditional. One of the best parts of epublishing has been blazing new paths with like-minded writers. A year ago, I wouldn't have believed any of this was going to happen.

Mark has all of these amazing ideas about my books and has been a great sounding board. He really listens to my feelings about Anathema and how I think it should be represented. Then he'll surprise me with ideas of his own - and, seriously, he has some awesome thoughts for how the Cloud Prophet Trilogy will be marketed.


One odd thing about Mark, though. I've never seen a picture of him. He lives this really mysterious life in Africa (he's told me tons about it ... so cool). I want to add him to my collage of British guys I adore, but I don't have a picture to steal a face from. So.....I did my best. ;) 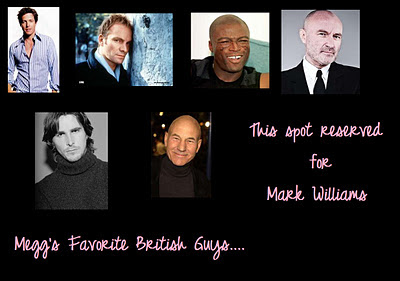