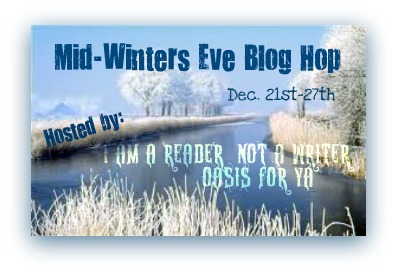 *hosted by the incredible I Am a Reader, Not a Writer*

Welcome to the world of Megg Jensen! I'm a YA fantasy novelist with two trilogies and a short story. They're all intertwined, but you can read the two trilogies separately if you want. ;)

Think the romance of Twilight crossed with the fantasy world of Game of Thrones and you've got my series - The Song of Eloh Saga.

This giveaway is kind of epic. I'm teaming up with Karly Kirkpatrick (who is also on this blog hop). Together we're giving away a $200 Amazon.com gift card which is enough to buy yourself a Kindle or a boatload of books!

I'm also giving away five (5) sets of ebook cards. The winners will receive two signed ebook cards, each of which contain a download code for three ebooks.

Karly is giving away five (5) sets of her Into the Shadows Trilogy.

If you don't win here, you're in luck because the third book in my series, Oubliette, is on sale for 99 cents this week (down from $2.99) on Amazon!!!

Enter to win in the Rafflecopter below. Remember, Karly & I are doing this together with the same Rafflectopter form, so you can't enter double the times. lol

The Next Big Thing

I was tagged by Susan Kaye Quinn to participate in The Next Big Thing. It's a series of questions that I'm supposed to answer, then I direct you to five of my favorite authors. I don't know who started it, or why, lol, but hey, why not?

What is the title of your next book?

Well, I haven't announced that yet, but thanks for asking, Mystery-Person-Who-Started-This-Chain.

All I can say is that the title is hidden. You'll know what that means soon enough.

There's only one person that knows, and that's my cover designer Steven Novak. But he isn't telling because he knows I'd kick his arse if he did. ;)

Where did the idea come from for the book?

Well, crud, I wasn't ready to discuss that either. There was a day, not so long ago, when something happened. Something creepy, but ultimately cool. That's when I got the idea. You know, for the book whose title is hidden.

What genre does your book fall under?

Ah ha! A question I CAN answer. YA Fantasy. It's going to be another high fantasy like my other books. But it's not related to the world of the Song of Eloh Saga at all. Totally new. Completely different.

What actors would you choose to play the part of your characters in a movie rendition?

Gah. Another hard question. There will be a main character girl. And a supporting cast of characters both male and female. Possibly some animals. Maybe an owl or a dragon. Maybe something you've never heard of. I can tell you that I do not, under any circumstances, want Justin Bieber playing any roles in my movie.

Will your book be self-published or represented by an agency?

Self-published. Why? I like getting a 70% royalty. If someone out there wants to offer me BIG MONEY from a traditional publisher, I'd rethink things. But, yeah, for now, I'm just little old me, self-publishing my little books (which are *this close* to hitting the 50,000 sold mark).

What other books would you compare this story to within your genre?

I really hate comparing my books to others. Let's just say that some of my favorite fantasy writers are Alison Goodman, Terry Goodkind, and Robert Jordan.

Who or what inspired you to write this book?

I live in a constant state of inspiration. I get new story ideas every day. It's mentally tiring, really. But for this story, it was that incident I didn't tell you about above. And this question is not going to trick me into telling you what I didn't tell you before!

What else about your book might pique the reader’s interest?

Now it's my turn to torture, I mean tag, five other writers. They're awesome. Visit them all! I don't know when/if they'll participate, but I have much <3 for them so you should visit them no matter what.