A.C. Davis has spent most of her years examining the dark folds and crevices of humanity. She's a people watcher who creates a fictional bio for everyone she watches or meets. She once met a man who was responsible for slaughtering over fifty women nearly two-hundred years ago. Of course his body has long ago rotted away, but his essence never caught on.

Some people she has watched have disturbing secrets they buried so deep in hopes of being forgotten forever. But A.C. Davis sees them and she writes them down to share in novella format for all to enjoy, to think about, become frightened, horrified, aroused, and even entertained by for just a few moments in time. 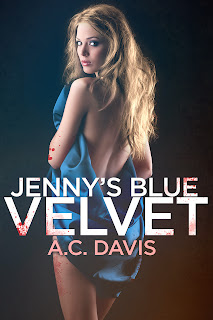 Jenny decides her next big step is to become a romance writer. Romance books are flying off the virtual shelves, after all. This will be her big break, her escape from the prison, and a way to freedom. Self-publishing is all the rage these days. She'll be a best seller in no time.

When Jenny makes friends with a woman named Cassandra from the gym, she instantly decides that her new friend will make a perfect main character in her upcoming book. After the first chapter, real life begins to resemble the fiction she's writing. Her friendship blossoms, sex with her husband turns into a daily feast, and her job gets more interesting with each chapter written.

Out of the blue, a person who is a close friend with her husband and who is dating Cassandra disappears. As the mystery behind the missing person unfolds, Jenny wonders if she might be responsible for his possible death. And if she is, what will be the consequence? What has this writing business gotten her into?

JENNY'S BLUE VELVET, a novella, is a psychological thriller for adults only due to sexual content. 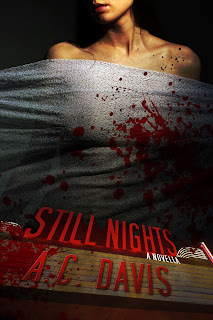 She's looking for a way out of the dark pit she's swimming in. A former police officer, she spends her days sitting on the couch and nights sleeping with her old partner turned friend with benefits. She shot a kid while on duty. It wasn't intentional. He threatened her and she panicked. But that one mistake won't stop haunting her. It's destroyed her life, if that's what you'd call the daily routine she lived before that unfortunate event.

Sammy has never seen a ghost even though her estranged husband is the famous Walker the Ghost Stalker, ghost hunter extraordinaire. She used to want so desperately to experience what her husband and friends call a supernatural thrill, but that desire ended when her life fell apart. The only reason she continues going on investigations is to spend time with her husband.

One night, Sammy receives a worrisome call. She rushes out in a raging storm to locate her husband and friends. What she finds instead would scare the shit out of anyone. And she regrets ever going on that last paranormal investigation. What has this ghost hunting crap gotten her into anyway?

The first and last chapters should be a mirror of each other - presenting/solving the main problems. If it sounds simplistic, it is. Doesn't mean it's easy, but it is really is that simple. 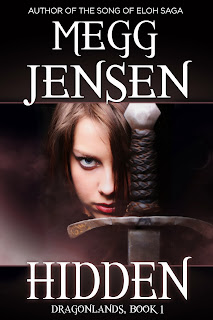 On Monday, I wrote the final chapter of Hidden, tying up loose ends that relate to the main plot. Not every loose end. If you're familiar with my work, you know I tend to write series. Hidden is the first in a new series, so of course there are going to be a few mysteries left unanswered (and, yes, I'm making notes of those for the next book).

After completing that chapter (and doing a quick editing pass), I did a search for all of my tk notations. I replaced all of the tk notes with the word or name that actually belonged there. Then I ran spell check. That may have elicited a resounding "DUH!" but you'd be surprised how many times I've sent a doc to editing without running spell check. Not because I don't believe in it, but because I get so excited about someone else reading that I totally forget to do it.

What's next? Well, now I am 30% relieved the first pass is done and 70% scared everyone's going to hate it. I think that's normal. Right? *laughs nervously*

Once those edits come back, I'll start on my second full editing pass.

Want to enter contests, win swag, and be told the moment my books go live? Sign up for my newsletter HERE. Thanks!
Posted by Megg Jensen at 4:14 PM No comments: 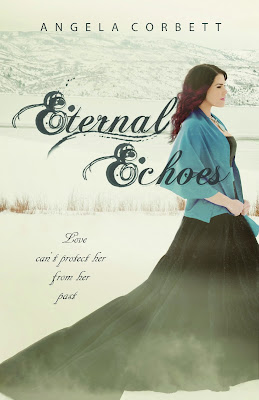 She thought she stopped the evil.

She thought she was safe.

Everything she thought was wrong.

Almost four months have passed since Evie Starling learned she was a Tracker and helped defeat a Daevos Clan that was taking others like her, but that wasn't the end of the abductions. As an unknown evil emerges, Evie vows to help solve the mystery of the missing Trackers, regardless of the risk.

With new powers she doesn't understand and can't control, she turns to Alex and Emil, her two soul mates, for help. But her feelings for them both are tearing her apart.

As the world around her is thrown into chaos, Evie is confronted with what could be a destiny-altering truth. Will she accept her history, her memories, and her role in this life, or choose to ignore the echoes of her past? 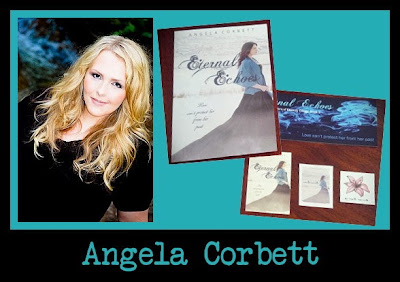 Angela Corbett graduated from Westminster College with a double major in communication and sociology. She started working as a reporter for her local newspaper when she was sixteen and won awards for feature, news, and editorial writing. She has also done freelance writing. In addition to writing, she works as a director of communications and marketing. She loves classic cars, traveling, and listening to U2. She lives in Utah with her extremely supportive husband and their five-pound Pomeranian, Pippin, whose following of fangirls could rival Justin Bieber's.


a Rafflecopter giveaway
Posted by Megg Jensen at 6:40 AM No comments:

East of Eden by Lee Strauss

I'm excited to host my talented friend, Lee Strauss, on the blog today!!! 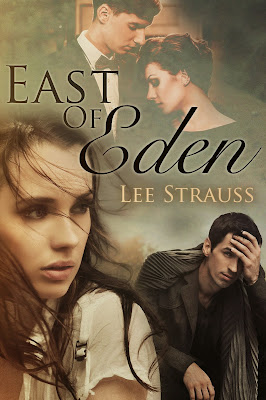